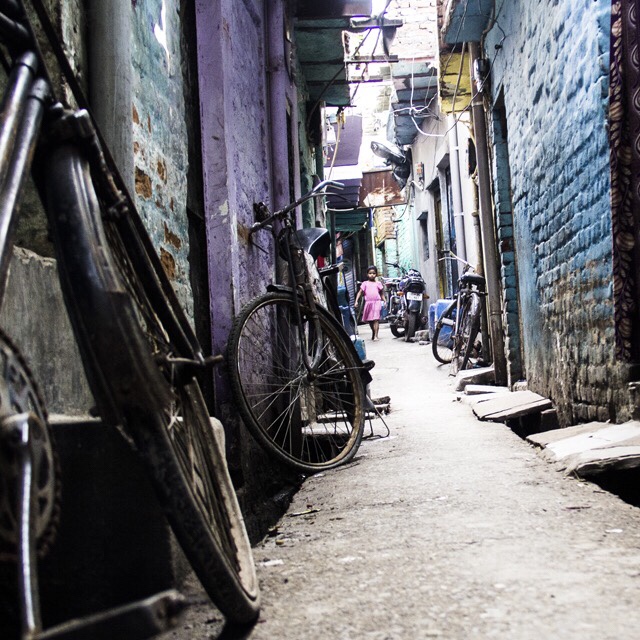 You can taste the dust and exhaust in the air. The smell of shit hits you as you walk down the street. We’re in Delhi.

We’re in a pedal powered rickshaw on our way to the Red Fort. I don’t have sunglasses on and the dust is making my eyes dry and irritated. We’re let off, amid thousands of people and make our way into the Red Fort. Inside are a range of beautiful buildings from hundreds of years ago.

We’re scammed in Delhi. We want to go to a tomb, about a kilometre from our hostel. After negotiating the price, we’re off. As soon as the rickshaw is moving, the guide tells us the tomb is closed. I had checked earlier and I know it isn’t. Short of throwing myself from the rickshaw in Delhi traffic, we’re at the mercy of the driver.

He takes us to Gurudwara Bangla Sahib, a Sikh Temple. We walk around and visit an attached pool that in local lore has the power to heal skin conditions. We visit the kitchen of the temple that feeds over 2000 people a day. The kitchen operation is a massive, industrial scale undertaking.

After the Sikh temple we’re taken to a ‘travel agency’ under the pretence we should check something. We’ve booked our train out of Delhi, but the travel agent doesn’t know that. He tells us we need to book our trains as they fill quickly. It’s after I tell him our tickets are booked that he informs us that the train is unreliable and we need to take a private car. We thank him for his time and escape him and the rickshaw driver.

We are taking a tour of the slums of New Delhi. It’s put together through a group that donates 80 per cent of the profits back into the communities they take foreigners through. The slum, Sanjay Colony, is a 30 minute trip on the metro. It faced demolition prior to the Commonwealth Games; however, it was saved after a legal appeal.

Since then, amenities have been arriving in the community: running water, paved roads. There are still open sewers that run through the streets. People are switching from corrugated metal roofs to cement as they see a future here. A communal toilet was built. Women can now use these facilities rather than squatting in abandoned plot of land. Our guide tells us that women were attacked in those fields.

My preconceptions of the slum is not what I see on our tours. There are lots of people working throughout the Sanjay Colony. Women are sorting off cuts of materials from nearby factories. Men are sewing and selling clothes. It offers much more than I expected.

Delhi has left us desperate to escape. It’s a mass of people, scammers and pollution. We’re ready to head out of the big city and see what Rajasthan offers. 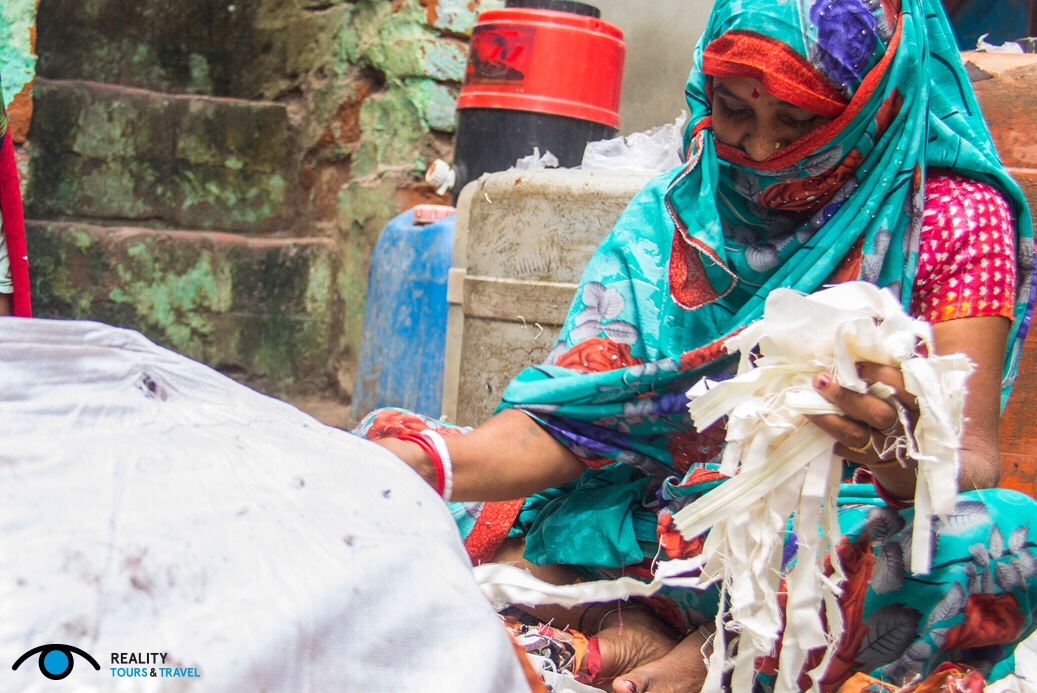 Images from the Sanjay Colony Tour courtesy of Reality Tours and Travels. Find out more about their tours and charity work.