We’re headed out of the mountains towards lower elevations and the beach. Along the way we’re stopping at Uda Walawe National Park to see elephants.

The park is home to 600 elephants. We’re told the population rivals what you would find in Eastern Africa. Inside the park we come across several herds. We’re also witness to monkeys, birds, and iguanas.

The large elephants are majestic; however, it’s the babies that steal the attention of the crowds. The park is home to an elephant orphanage. The conflict between man and elephant in other parts of the country often leads to orphaned calves. They’re moved here and fed four times a day. After they reach five they move to the wide open park.

At 3:00 p.m. sharp the babies line up at a gate that leads to the surrounding parkland. A few at a time, they enter the feeding area. The elephants race each other to receive their milk first. Babies are fed by bottle away from the pack. Older juveniles are fed through a tube they grab by their trunk and stick in their mouth. The tube is attached to a funnel that the caretakers use to direct the milk.

The youngsters are cheeky. The smallest elephants avoid the line up at the gate. The lowest rung on the fence is higher than they are and they slip under the fence and run towards the feeding area.

Older elephants push to the front for food and try to double back for seconds once they are done. After milk they’re sent to pick through greenery and eat leaves. The smallest elephant hasn’t figured out how to strip leaves from the branches so he eats the leaves from another babies mouth. 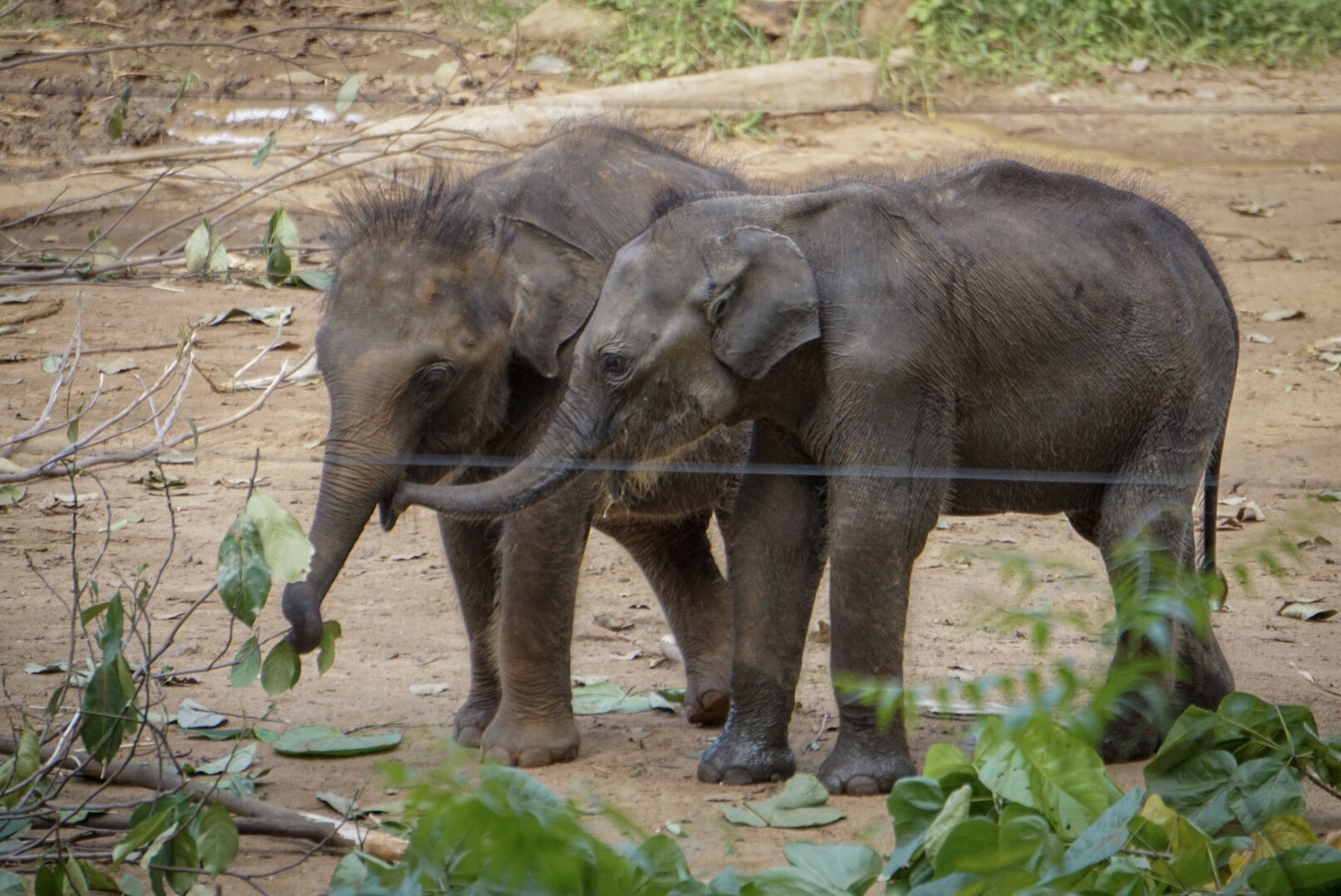 One elephant has a prosthetic leg. He’s older than the others. During the feeding time his prosthetic falls off and he relies on some juveniles for support until its reattached.

The park isn’t without fault. As we drive past the elephant fence designed to keep cattle out and elephants in, a lone male elephant is standing by the side of the road. He’s waiting for tourists to feed him with food bought from locals who have set up shop near the fence. This leads to a dependence and lowers the elephants’ fear of humans. It also increases conflict between elephants and human. The conservation practices in the park are a work in progress.